Say it with flowers

Sadly, I have been revisited by the misfiring which struck at Easter 2016 (see).  It has now been sorted and I’m firing on all cylinders again.  But it prevented my return to Greece for Easter this year ….. and then prevented my return early May.  All being well, I hope to get back to Symi early June.  But who knows?  As I have so often quoted from the Book of Proverbs: “A man’s’ mind plans his way but the Lord directs his steps”.

In the meantime, rather than simply sitting on my London Derrière (well, South Wales derrière, I have no connexion whatever with London), I have been keeping as active as possible, albeit struggling to get up and down the garden.

The result is that I have been around for more of the Spring in the UK than usual.  And how bizarre it has been.

Go back to last Autumn and the fabulous colours in the garden.  The ground in my ‘Acer Glade’, planted ready for my decrepit old age, was a mass of colour.

In response to record breaking high temperatures for winter months (peaking in Mid Wales at over 20 degrees for the first time ever in February), daffodils and crocuses put on an early display, overlaying autumn leaves now a uniform, crisp brown.

Then on 4 April, the morning I was due to drive 200 miles north to see my daughter, I opened the bedroom curtains to the completely unexpected sight of snow.  A few inches and still falling heavily.  Not a huge amount like 1 March last year when The Beast from the East met Storm Emma, depositing 8-foot drifts on the ridge behind the house, or again two weeks later when Spring turned into Winter.  But enough to delay my departure. The irony was that a few days earlier I had taken tender plants over-wintered in the Blue House and conservatory and set them in their summer positions outside.  Pelargoniums and prickly pear cactus covered snow look all wrong. 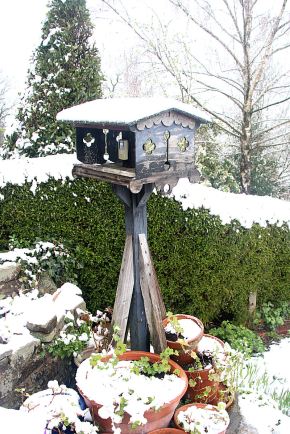 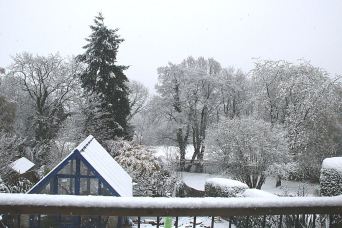 Tulips, which had made an early start, were capped with snow.

A week later they were basking in warm sunshine.

There was no more snow after that but temperatures fluctuated every few days from shorts-and-sandals weather to back to winter-wear as chill winds caused havoc.  Nevertheless, spring had arrived and plants and wildlife put up with the vagaries.  A collar dove persisted in sitting on her nest while the male brought the occasional twig for the ramshackle construction.  Dutch iris, rescued from my in-laws garden half a century ago still thrives. 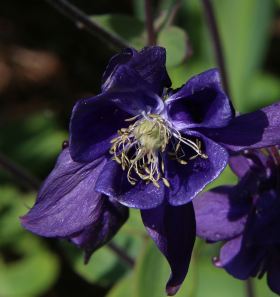 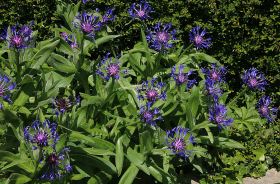 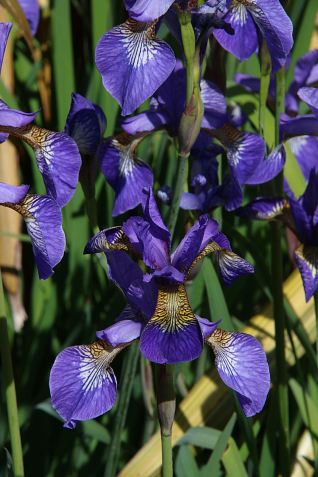 May has continued much the same with plants flowering in the garden which I normally miss because by now I’m usually in Greece.  So, here’s a sample of Spring flowers in the garden rather than a Greek island. Wild garlic covered an ever-bigger area.  Aquilegia spreads further every year as I shake the rattling seed-heads around the garden. 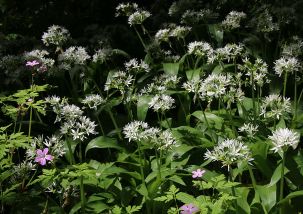 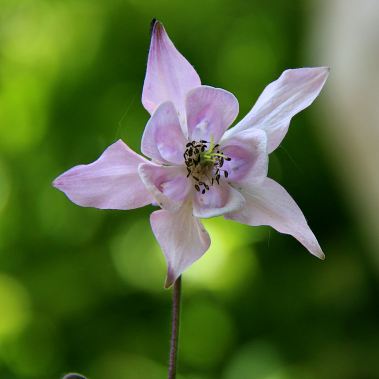 …….. and I may even get to harvest some of the fruit before I leave.

1 Response to Say it with flowers