Symi: a last look back to Spring

Time to confess.  Though I have continued to write the blog posts about walks on Symi, for the last couple of weeks I have been back in Grey Britain. I returned for grandchildren’s birthdays, have been catching up with family and friends and vainly trying to get the garden under control.

Now on the point of flying back to Greece I’m hoping to find that the final flurry of unsettled weather in the Dodecanese will have passed and the heat and drought of summer will increasingly take control.

One final glance back before moving on.  The pleasure of Spring is at the micro scale.  The following photos are from a trek from Horio through jagged limestone to the tiny bay of Agia Marina and round to Pedi Bay, some of the most arid landscape on Symi during the summer, and then up the flank of the relatively fertile Pedi Valley back to Horio.  During Spring there is colour and life everywhere.

Flowering plants become fewer in number as it gets hotter but are still in evidence throughout May. 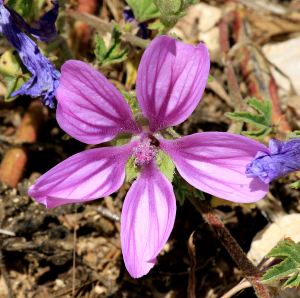 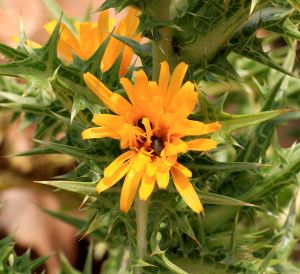 most thistles have white, blue or purple flowers this one is vivid yellow

A type of wild dianthus I think 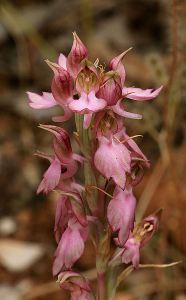 … and I can’t let orchids not take a final bow

The insects which congregate on flower heads, reproducing, feeding, pollinating, have a final flurry of activity before their base of operations shrivels up and the heat gets too much for them.

small dragonfly with a body about 2cms long

The markings on its tiny head are from a SciFi imagination

looked at from the side 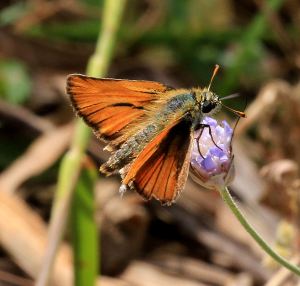 A small moth on a cornflower 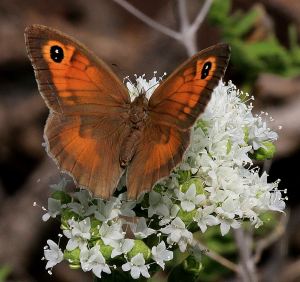 Oregano attracts many butterflies late into May

Some with delicate and intricate markings ….. and its tongue out

…. and a head which seems to emulate a large ladybird

The inspiration for another SciFi alien ?

When I get back it will be time to take a different focus, to look at the wider landscape rather than the fine detail.  Once acclimatised to the intensifying heat after Cool Britannia, over the next couple of months I plan to revisit favourite walks and to look for new paths and routes with the benefit of being able to plan a day’s activity not having to wonder what to do if it rains!  And there will be brief forays to neighbouring islands Nisyros, Tilos and Kalymnos.