November Daily Blog 13: a day in the City

Though I was born and grew up in a city I’m not and never was a City Person.  But sometimes it’s got to be done.  Occasionally I have to go back for practical reasons and, though I dislike admitting it, to scratch some deeply buried itch.   Tuesday was such a day.  I was taking my damaged knee to a sports physio in Cardiff and in order to make the most of the visit I had arranged to meet up with various friends for lunch, coffee and evening meal.

It began fine.  I left home at 08.00, the dentist having rearranged my appointment time for 08.30 so that I could fit in a check up and hygienist clean-up in time to catch the bus at 10.00 for to make my 11.15 appointment with the physio.  Despite traffic congestion filling the radio waves the bus made good time and I arrived at the physio smack on 11.15 only to find that he had been taken ill and had left before I arrived.

With more time than expected time to kill before meeting up with friends for lunch (you have no idea how difficult it is to type that.  Us working class lads have us dinner in the middle of the day, not middle class ‘lunch’.  But most of the world doesn’t understand so I dumb-down in the interests of international communication) …. I did the bits of shopping I needed, paramount among which was buying an impact-resistant case for my Canon S100 after my unfortunate camera-damaging slip in Greece just before I came home.

Cities are not my choice but I must admit that Cardiff is about as good as they get in the UK. Edinburgh is a close second.  And then York.  But I digress.  After a very long stay in a bar eking out a double caffeine fix I then escaped into Bute Park, a fabulous ‘green lung’ in the centre of Cardiff, for an hour before its dusk closing time.

Even the grey sky couldn’t eclipse the splendour of the autumn trees.  Just imagine how they would have shone with a drop of sunshine. 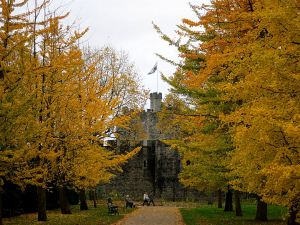 …. and in the other direction, Cardiff Castle 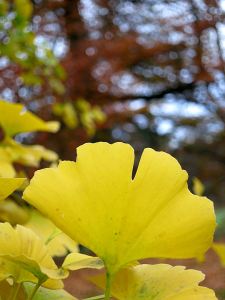 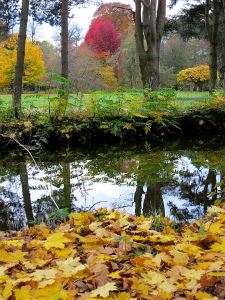 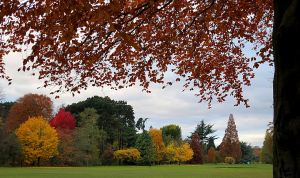 Some trees stand out 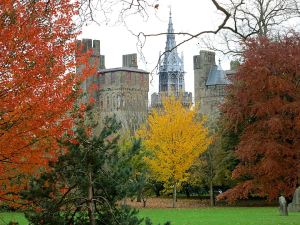 Lurking in the undergrowth

This entry was posted in Autumn, Grey Britain, Reflections, Wales and tagged Cardiff, flora and fauna, trees. Bookmark the permalink.

1 Response to November Daily Blog 13: a day in the City